QRP, as per the technical definition, is low power communications. The three letter group in and of itself simply refers to low power, however these days it’s common amateur radio lingo for 5 watts or less. It’s becoming a more and more popular segment of the amateur radio hobby and rightfully so- it’s fun to take tiny little radios and make contacts from the middle of nowhere using just your set and a battery. From the homebrewing aspect to the ability communicate with next to nothing, QRP is the answer to long range small unit communications. We will examine this from the HF/Beyond LOS perspective for our uses.

What it is; What it Ain’t

Communications are tiered. This means that no one layer is the end-all, be-all. This is why sole reliance on that CB or that Baofeng HT or whatever is fatalistic thinking. Aside from being extremely easy to intercept and direction find(DF), it hinders your options. Line of Sight communications are for the Squad Radio realm. For conventional forces, working in relative close proximity to a long line of support, this is fine. But that’s not you, Scout. Beyond Line of Sight is the key to efficiently getting your message out without getting a steel shower in the process. Additionally, your radio is the most efficient means of getting your traffic out. This radio is not for Squad use; this is the next level.

Out of the Shack, into the Bush

One of the best parts of QRP is arguably the organizations dedicated to it. One of the most popular is SOTA. It’s an organization dedicated to getting out on a mountain and making contacts. Hmmm…I got paid to do something people do for fun…but then again there was that whole getting shot at thing…Sounds kinda like an RTO’s mission, huh? 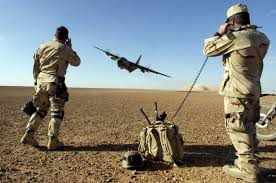 The thing is, getting out and using your equipment is what’s key. Find out how much that radio, battery, and tuner weigh on top of a combat load. How does it work into your kit? Talking about and actually rigging a field antenna are two different things. But through all of this, you learn your equipment. And that’s vital.

Low powered- Run what thou Brung

QRP as a rule only runs 5w. A few sets on the market run a bit more power than that, such as the KX3 and Icom IC-703. Generally speaking, radio amateurs who actually know their stuff will tell you that with any radio, the idea is to make contact with the lowest power possible. This is for a number of reasons relating to courteous use of the airwaves; for the small unit it has to do with two other factors:

In the bush, your batteries are all you have to keep your radio running. If you’ve ever humped a weeks’ worth of BA5590s, you know this get heavy. If you need a refresher, put on a ruck full of bricks. It’s about the same. Fortunately enough, there’s better options out there: 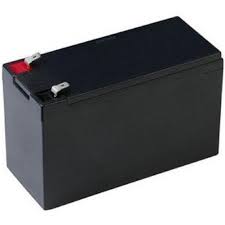 This is a 7AH 12V sealed lead acid battery. It’s a great way to run your rig in the field, and are fairly lightweight. Even still, carry enough of them, they get heavy. Some folks are building battery packs out of these: 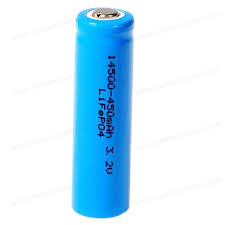 This is a LifePO4 battery- and something admittedly I have a small amount of experience with other than I know of their existence. They’re becoming popular with many QRP’ers, but my SLA batteries are simple enough for the moment and offer a great operating time.

Many folks also run solar setups to keep the batteries charged- and that’s certainly a welcome capability as you have time in the field. I would consider solar for charging batteries in a Forward Operating Base/long term outpost setting, but not from the hide site. Just carry a few more batteries.

Making contacts with low power is certainly a challenge to many; it gets folks out of their comfort zone. What it also does is lessen your probability of Direction Finding. This is important. While not impossible to be found, inside a sea of high powered communications, a brief signal of 5W or less can quickly get lost. In an NVIS setting, it’s even more difficult for an OPFOR to DF the source of the signal. Difficult; but not impossible.

Keeping this in mind, our tradecraft comes into play. In the field, Long Range Patrol-types use what’s known as commo windows. This is a brief amount of time, usually twice a day, where everyone has their radio switched on and ready to receive and send traffic. Your reports are written and transmitted, further instructions are given from higher, and the radio is then shut down. Correctly performed, the whole process happens very quickly. The windows themselves are normally a couple hours in duration; but the traffic is extremely brief, efficient, and absolutely to the point. Missed commo windows have their own protocols, and require their own post to cover adequately. Adhering to random, obscure commo windows will throw the potential OPFOR off your trail. In addition, it takes quite a bit of skill and resources to DF a signal of this type quickly. Once they get used to listening for you, it can be done, but keeping a low profile(and the lowest power possible), a team can communicate with a higher HQ rather easily. Just remember to never transmit from the same point twice, and never from the hide site itself. More on this in a later post.

The great news is that this is a ever-growing segment of the Amateur Radio hobby. Certain models have been around for some time(such as the Yaesu 817) and some are relative newcomers(such as the LNR Precision FX4 and the Youkits radios) and without a doubt more are on tap for the future. There’s vastly differing ends of the spectrum as well, from this(tuna can CW set): 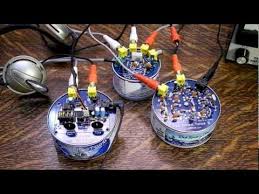 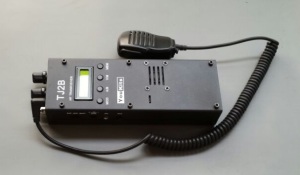 To the higher end, much more versatile models, such as the Elecraft KX3 and my personal favorite, the Yaesu 817: 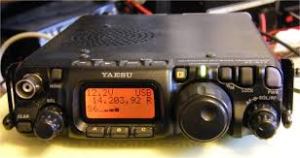 In my opinion one cannot have a more versatile set in the field than the Yaesu 817; for the simple fact that it’s frequency coverage covers everything from 160M-70CM allowing it to function both as the Patrol Radio and interoperate with the Squad Radio. As I like to emphasize, versatility is a huge plus in my book. It makes a good receiver as well covering 100 kilocycles to 470mHz with intermittent breaks. If R2D2 were a radio…he’d be an 817.

Bottom Line- Get out there and do it!

Options abound for field radios; and the fortunate thing is that even the higher end models are not super expensive when compared to firearms and other stuff Survivalist-types blow money on. Hit up hamfests and it can become even less expensive while browsing the used market. The more flexible the set, the better. And don’t forget- get out there and do it.

8 thoughts on “QRP- The Patrol Radio”

Those with the composure and bandwidth to do so - start thinking about what you need to do now to be ready for September.