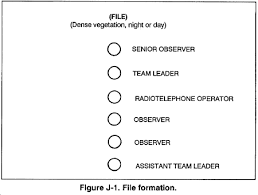 It’s a really bad movie, showcasing some really bad techniques, about a really bad Patrol that was doomed from the start. Still, I include it because it’s a simple, easy to see demonstration of an essential Team Drill.

B2-0 got compromised by a child shepherd who stumbled upon them. They had negative radio contact(remember what we do when that happens?) while searching for Scuds in Northern Iraq during Gulf War I. Instead of subduing the kid, he runs away and finds an Iraqi Army patrol. Instead of caching or demoing rucks, keeping Line 2 kit, and moving to the RV site and releasing the child when they got picked up, they Charlie Miked forward and found themselves in contact with a superior Mechanized force. It’s one reason to carry a SMAW-D.

What they did right(or rather, the BBC sorta did right in this video) is demonstrate buddy team bounding in a react to contact.

Moving forward looks the same, with a rally point forward of the point of contact but off the X. It’s all pretty simple stuff, but requires practice.

Another technique for breaking contact, and one that works very well in tight spaces, is the Aussie Peel. 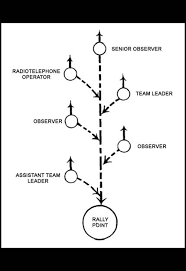 Everyone in the stick, except for the guy up front, take a step to the side. The front three lay down fire, with the SSO in front moving to the rear of the column, followed by the RTO, TL, and so on and so forth until they get to the Rally Point.

Your job, as a Scout specifically, is to see, hear, and not be seen. There may be times where you conduct deep penetration raids and ambushes; but the bulk of the time, you’re finding the lines and recording the numbers. The weapons you carry are a contingency plan. If you do your job, you shouldn’t need it; but stuff happens. And while the loadout requires more ammo and equipment than a standard Light Infantryman, again, it’s only a contingency. On a personal note, you’d be very surprised just how much ammo you’ll burn through on a break contact drill. 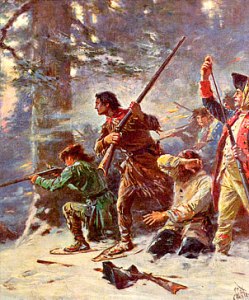 The original Long Range Recon Unit- MAJ Rogers and the King’s Rangers, breaking contact at the Battle on Snoeshoes.

This stuff isn’t set in stone; find out what works for you by practicing with your group. As I was once told, the Elite Units in the Army don’t do anything different than any other Unit, they simply Master The Basics.

No one is coming to save you.